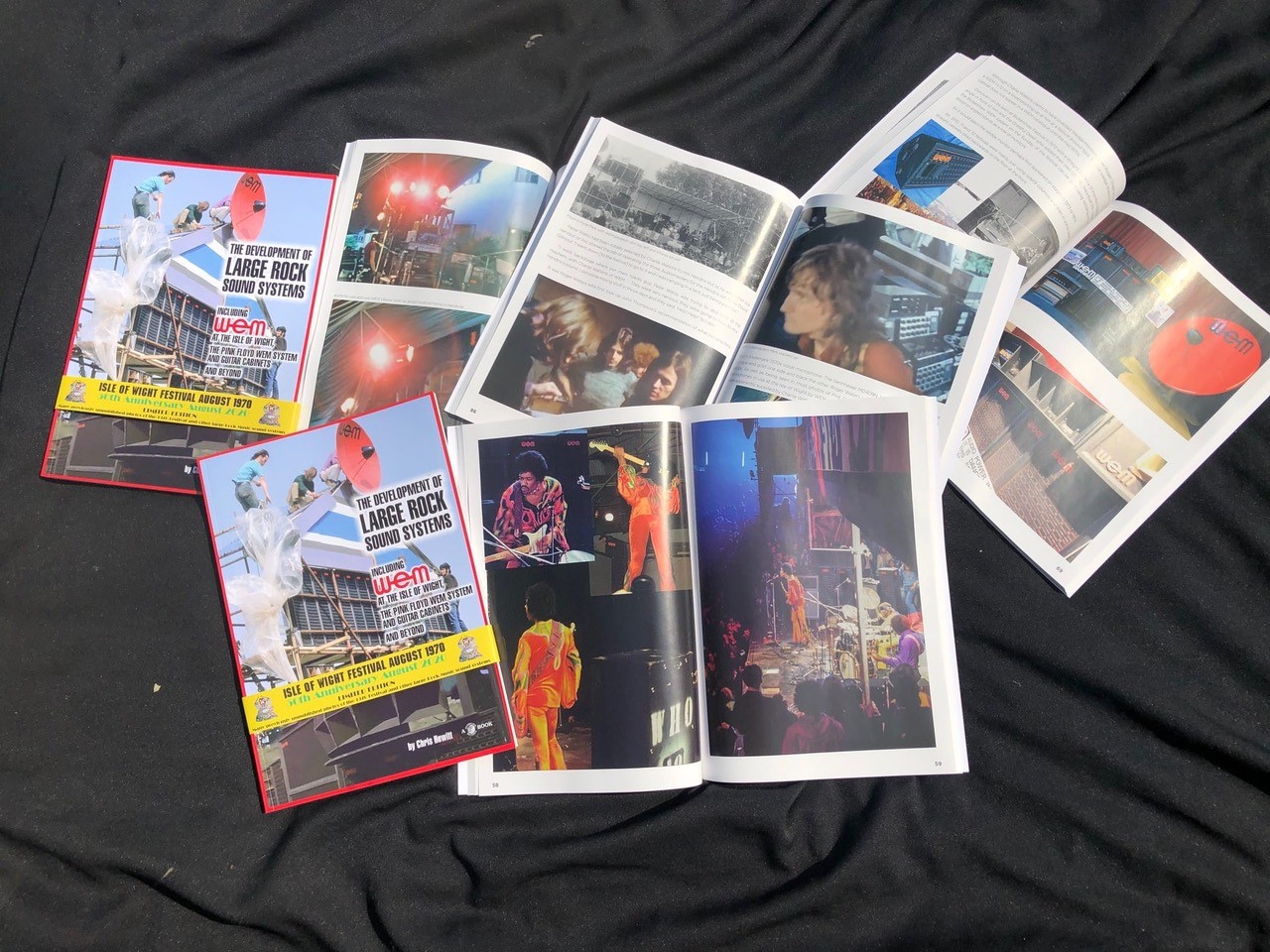 A celebration of Isle of Wight Festival 1970 – new book!

Chris Hewitt is pleased to announce the release of a a limited edition book to celebrate the 50th anniversary of the Isle of Wight Festival 1970. This is the first book to look at WEM and large British PA systems in detail. The book also features Pink Floyd’s PA systems, WEM and beyond.

The book is published as a 500 limited edition run of 148 pages on silk art paper with just under 200 rare photos many not seen before, many in colour and previously unseen photos of artists  appearing at The Isle of Wight in 1970, including Jimi Hendrix.

It also features a history of WEM PA systems and Starfinder guitar cabinets, plus WEM with Pink Floyd at Pompeii, the Floyd transition into Martin Audio and so much more – to order please email enquiries@chvintageaudio.uk